See how other local couples celebrated their big day with wedding stories and ideas from Your Hampshire and Dorset Wedding Real Weddings features. 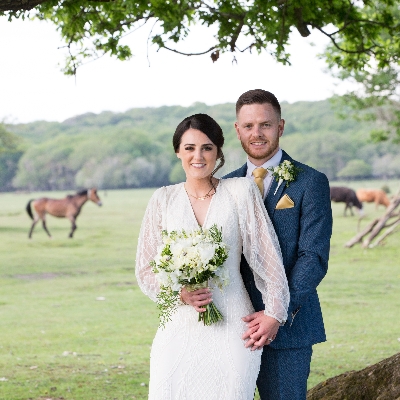 A family affair for Zoë and Steve

After getting together as students at Bournemouth University in 2012, Zoë and Steve got engaged in New York six years later. The trip was a surprise for Zoë who was blindfolded at home in the kitchen before being whisked off to Heathrow Airport. "Steve revealed the destination under the departures board holding an apple with the word 'big' written on it," recalls Zoë. While they were there, Steve popped the question in Central Park, and the proposal was photographed by a passer-by walking their dog. "It was a complete shock as we'd just bought our first home together, a major renovation project which took us 10 months to complete before we could move in." adds Zoë.... read more 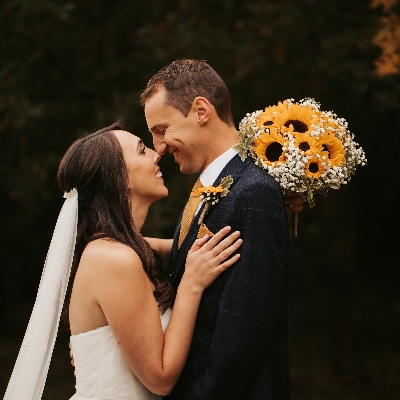 A two-week road trip around France in June 2019 turned into a happy ever after for Erin and Pete. During a stopover in Bergerac on the second night, while on a romantic pre-dinner walk down to the Dordogne River as the sun was setting, Pete popped the question. The proposal was a complete surprise to Erin who first met Pete in 2017 while they were both working for Hampshire and Isle of Wight Air Ambulance. "I had no idea," she exclaims. "It turned out to be a very happy evening and an amazing holiday, taking in Toulon, Cannes, Nice and the Alps."... read more 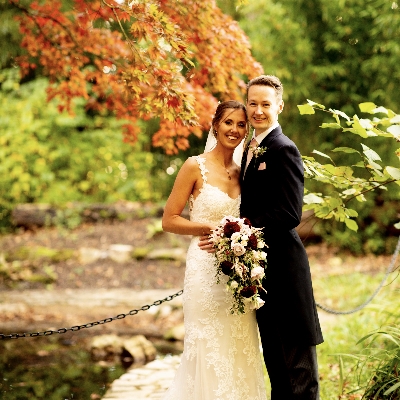 Kelly and Andrew planned to have a spring wedding but when COVID struck they switched it to the autumn instead. They tweaked their original dusky pink colour scheme by including warm burgundy shades instead of white, slashed the guest list by 100 to just 15 family and friends and enjoyed an intimate wedding full of magical moments.... read more 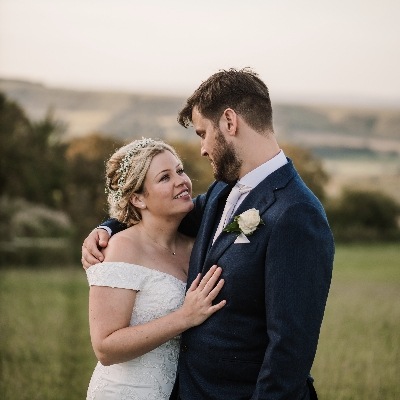 Katie and Ed met at work but nothing happened between them until sometime later, even though they worked on the same floor. "Ed runs the IT department and I'm a nurse and even though Ed claims he hadn't noticed me until about a year after I started there, I was instantly attracted to him," says Katie. "It helps that he's the tall, dark, handsome type and is always smiling, which lights up his whole face. Ed was won over by my big eyes and magnetic personality apparently," she laughs.... read more 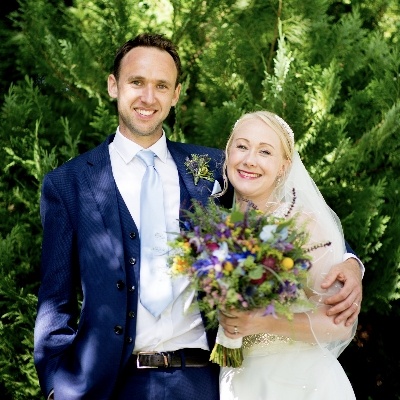 Jodie and Duncan first met 10 years before they started dating, at a get together before they left for university and went their separate ways. A decade later their paths crossed again at a mutual friend's birthday party at the Foresters Arms in Gosport. "We've been together ever since and two houses and two children later, we're now married," says Jodie.... read more A family affair with Jess and Jack

Teenage sweethearts Jess and Jack were together for 10 years before getting married. Jack popped the question at one of their favourite places, local beauty spot Farley Mount in Winchester. "It was a cold, crisp day just before Christmas and we were walking our black labrador Darla whose tail wouldn't stop wagging when Jack got down on one knee," laughs Jess. She said 'yes' of course and they went to the luxury Lainston House hotel afterwards for a surprise champagne afternoon tea.... read more 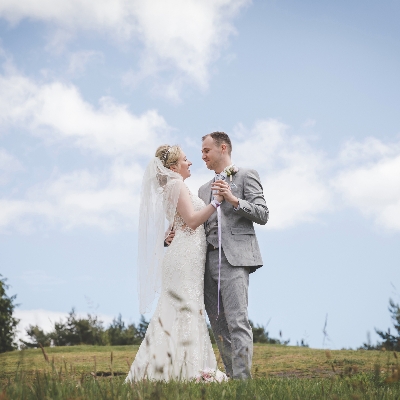 Although Hannah and Alex both went to the same school, he was in the year above and it wasn't until Hannah's friend's 17th birthday party that they met properly. They chatted all night and ended up exchanging numbers. Two weeks later it turned out they were both going to Reading Festival with the same group of friends. "We really hit it off, spent most of our time there together and shared our first kiss," remembers Hannah. "We felt a connection straight away and really enjoyed each other's company and making each other laugh."... read more 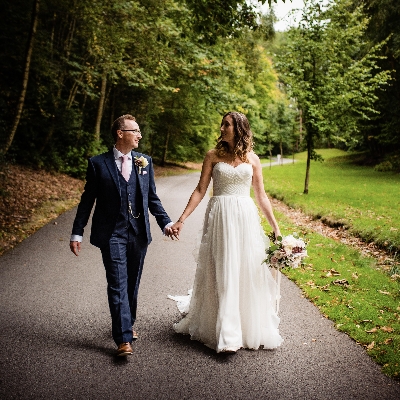 Soft neutral and blush shades set the tone for Sophie and Andrew's romantic wedding. Friendship blossomed into romance for Sophie and Andrew. They shared similar interests and hobbies and were close workmates for a long time before they actually started dating. "We made each other laugh and have always been a great support for each other," says Sophie. They were together for nearly two years before getting engaged. Andrew popped the question while they were on holiday in Mauritius over an incredibly romantic private dinner underneath the stars at the end of a beach jetty. "I was completely overwhelmed and Andrew was delighted not to have dropped the ring through the slats of the jetty into the sea," laughs Sophie.... read more 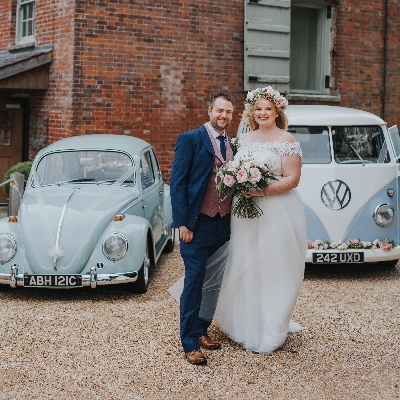 Personal touches and delicate shades of pink set the tone for Ella and Tom's chilled wedding. A lunch date blossomed into romance for Ella and Tom. After meeting online in 2010, they arranged to meet up in for a meal in London and got on so well they spent the whole day together sight-seeing, ending with their first kiss at Waterloo station. "That night Tom sent me a text to say he was very taken with me and we had our second date just two days later," recalls Ella. Tom eventually popped the question in August 2018 in Mexico, one of Ella's favourite places.... read more 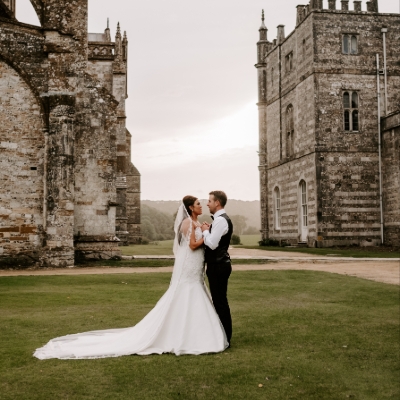 Georgia and Joe's big day married the best of the old with the new... read more 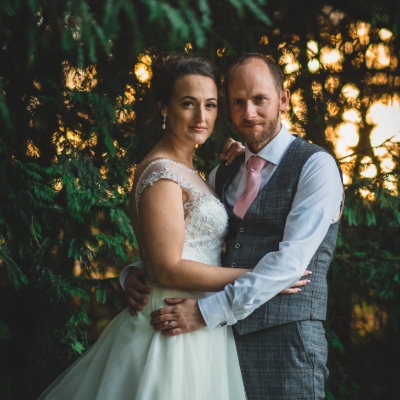 Rustic romance for Tracey and Aaron 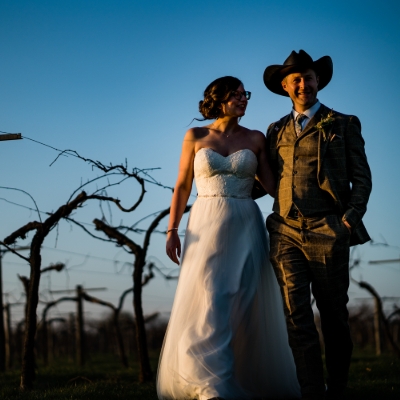 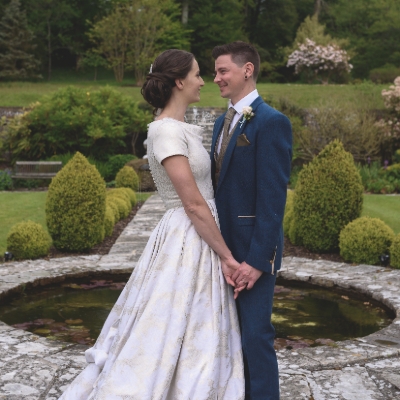 An intimate affair for Caitlin and Tim

An intimate affair: Caitlin and Tim enjoyed a family weekend away in Dorset for their chilled wedding... read more 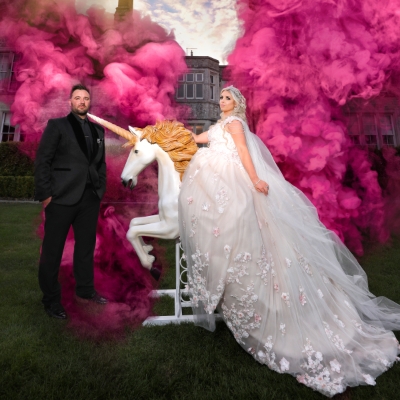 Beauty and her beau

Karina and Darren pulled out all the stops for their twisted fairytale wedding... read more 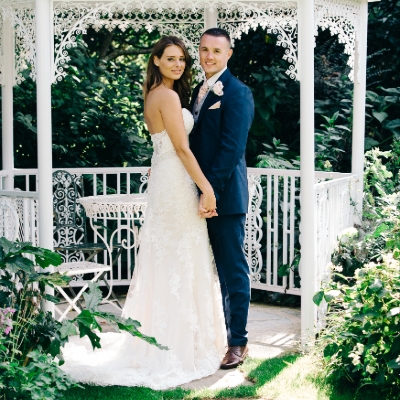 Claire and Brad celebrated their loved ones past and present on their big day... read more